I received an email from a male dentist who was unsure of how to handle the situation of a young, attractive dental assistant who was dressing inappropriately.

The first thing I asked him was to be more specific as to what he meant by inappropriate dress. He said she was well endowed and would wear revealing clothe that showed too much top and shorts that did not cover enough bottom. He said that her attire would work in a night club or on the beach but was not what he wanted for his office. He was worried that by talking to her that he might offend her or get a harassment law suit. Additionally – the rest of his staff was not happy with her appearance either!

I told him that he could choose to create a dress code that demanded that the entire staff (or just clinical staff) wear scrubs while they work. If he did this he would have to either provide the scrubs or uniforms for the staff or give them a uniform cash allowance.

Another option was to create an office dress code that allowed more freedom of choice but set limits as to sleeve length, cleavage exposed, stomach exposed, pant or skirt length, etc… This method would require more staff buy in but would also work. The dentist might have to give the staff a clothing allowance because staff would be ruining their own clothe during work. I personally opted for having scrubs and providing them for my staff. I let the staff pick out the outfits and we all loved them. They often picked really funny colors or patterns. 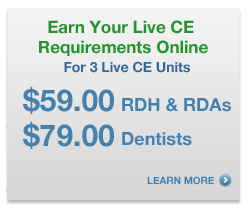